This year The Lorian Hemingway Short Story Competition received 650 entries from the United States and throughout the world, including The Netherlands, Germany, Sweden, France, Australia, Singapore, Cambodia, and India, to name a few. For the second time in the history of the competition we received two entries from Russia.

We are grateful to all who once again entrusted their stories to us. It takes a great leap of faith to do this. Writing is very private and solitary by nature. To move from the safety of that privacy with one’s own work, and to trust that someone else will treat it with respect and care is a sheer act of courage. It is why writers have always been my heroes.

We congratulate all who entered our 2017 competition. Please know that if your story does not appear on this list it is no less valuable. To me you are all winners, and I say this not as a consolation but as a truth that has its roots in your courage and conviction. Thank you for the honor of being able to read your work. 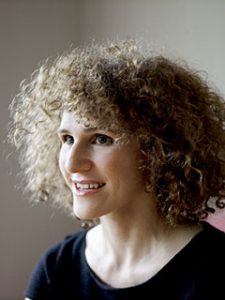 Jacob DeVoogd
Kalamazoo, Michigan
for his story: “Has One Ever Felt the Beginning of Motion?”

Jackie Mohan
Norfolk, Virginia
for her story: “We are the Bobcats”

*Please note, as always, that Honorable Mentions are listed in no particular order.

5: Amina Gautier
Chicago, Illinois
for her story: “Hungry, Like the Wolf”

6: Paul Thornsteinson
Aberdeen, Washington
for his story: “The Black Balloon”

8: Alexander D’Aloia
Victoria, Australia
for his story: “A Panama Man”

10: David Rea
Buckinghamshire, United Kingdom
for his story: “The Vanishing”

11: John Blair
San Marcos, Texas
for his story: “The Snake”

16: M.J.Franich
Milton, Washington
for: his story “The Boat on the Beach”

19: Karen Stone
Seattle, Washington
for her story: “The Smell of Hope, Dying”

23: Karen Stone
Seattle, Washington
for her story: “Have Mercy”

24: Anna Christine Rumin
Ontario, Canada
for her story: “What the Crows Saw”

29: Esteban Cordero Balarezo
Cuenca, Ecuador
for his story: “The Winner”

30: Blake Hoonhout
Sarasota, Florida
for his story: “The Levanto”